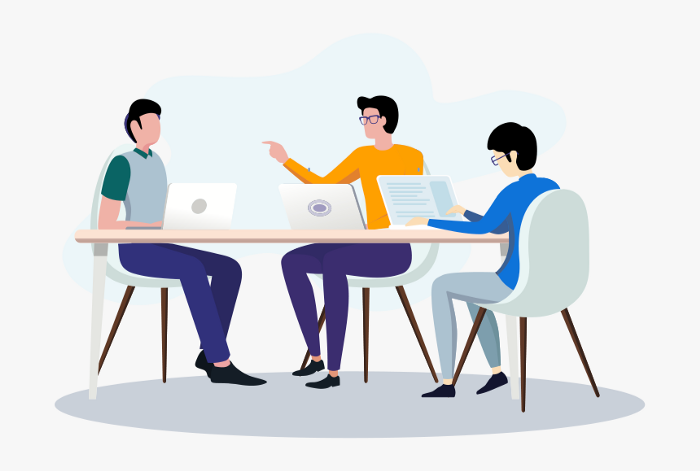 Laravel framework is very popular for custom software development. It is the Most Starred PHP Framework on Github: more than 56 000 developers from all over the world (mostly from the USA) greatly appreciate the robust features of this platform. Why is Laravel so popular? It gives the right tools to help build websites and web apps faster, more stable, and very easy to maintain.

Laravel is one of the most popular PHP web frameworks following the MVC (Model-View-Controller) pattern. Created by Taylor Otwell, the framework is free and open-source, hence intended to help you come out with high-quality products. The codes will be reduced, but it will also be as per industry standards so you can save hundreds of hours on development time. The first release was in 2011, and the current version came out with Laravel 5.4.

Laravel- PHP framework offers a painless development cycle that simplifies the common task in a significant way which is used in most web projects. Let’s take a closer look at Top 5 advantages of using the Laravel PHP Framework.

Each owner of the web application needs to ensure that users are who they claim to be and thus prevent unauthorized users from gaining access to secured/paid resources.

Mail service can be used to send notifications to users’ emails after various events. It’s hard to imagine a modern web application, for example, lacking even a simple email notification to a new user about their successful registration on the website.

Laravel benefit #2. Laravel provides a clean, simple API over the popular SwiftMailer library. Laravel also provides drivers for SMTP, Mailgun, Mandrill, SparkPost, Amazon SES, PHP’s “mail” function, and “Sendmail”, allowing an application to quickly get started sending mail through a local or cloud-based service. In addition, to supporting sending an email, Laravel provides support for sending notifications across a variety of delivery channels, including SMS (via Nexmo) and Slack.

It is important not just to create an application but also to create a fast application, which will result in accelerating revenue. Integration with the so-called caching backend is often one of the main steps taken to improve web application performance.

Laravel benefit #3. Laravel supports popular cache backends like Memcached and Redis out-of-the-box. By default, Laravel is configured to use the file cache driver, which stores cached objects in the file system. For larger applications, it is better to use an in-memory cache such as Memcached or APC. However, with Laravel it is even possible to configure multiple cache configurations.

Fixing the Most Common Technical Vulnerabilities

Laravel benefit #4. Laravel helps to secure the web application by protecting it against the most serious security risks: SQL injection, cross-site request forgery, and cross-site scripting. Laravel itself is secure. We can tell you firsthand that the codebase is fanatically guarded, and that the code has been vetted by several people.

The way a software application handles errors can have a big impact on user satisfaction and the usability of the application. Data-entry forms are one of the most common places where errors are identified and presented after users click a Submit Button. If something does not work because of the user doing something wrong, he/she should be notified about it in a convenient form. If the user’s action cannot be completed because of the user-submitted incorrect data, it should be reported to him/her in an informative error message. Without proper error handling, the user may decide that the problem is in the application (it is out of service) and move away from the application forever. Nobody wants to lose their customers or disappoint them.

Laravel benefit #5. Error and exception handling is already configured for any new Laravel-based project. In addition, Laravel is integrated with the Monolog logging library, which provides support for a variety of powerful log handlers.

According to Taylor Otwell, “Laravel is the strongest contender in the PHP ecosystem simply because it includes the features needed to build modern web applications”. It is thus a classy and clean framework, with the elegant syntax for building great applications.

Whether you are going to choose a Laravel development services provider or hire Laravel developers, rest assured that your web application is going to be as per your expectations.