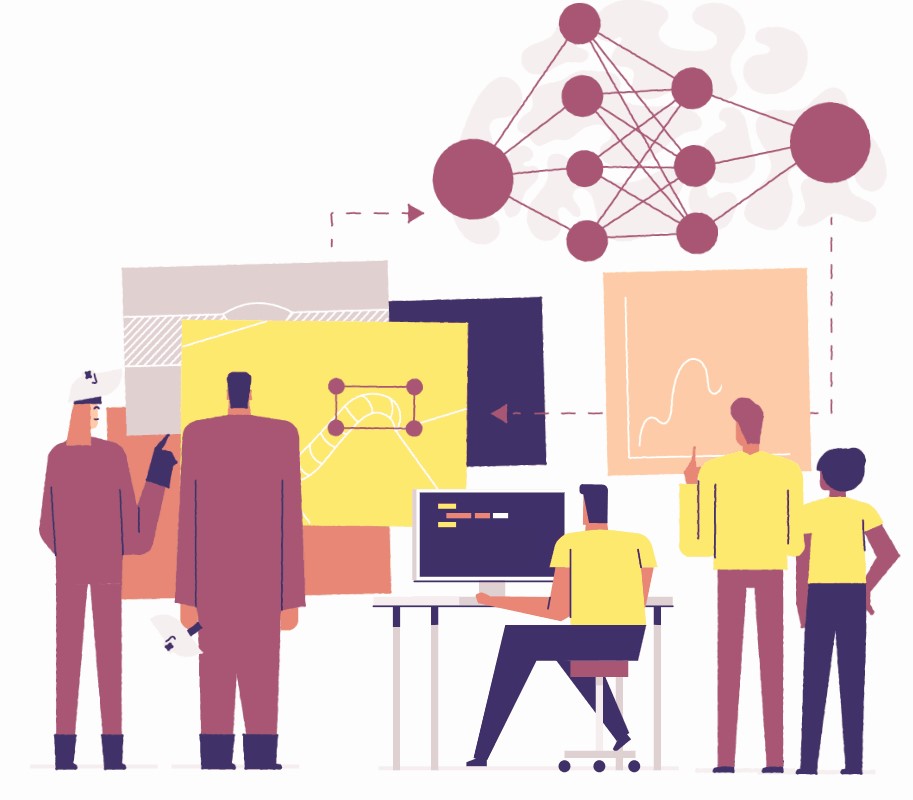 Which language you choose for your project depends on multiple factors: level of support, scalability, availability of libraries, cost of frameworks that can cut down development time, and so on. These days, a lot of companies (both small startups and big, well-established businesses) choose Ruby on Rails as their primary framework for development.

What do you need to know about Ruby on Rails?

Ruby, which was developed more than twenty years ago, is one of the most popular programming languages today. Ruby on Rails is a free open source framework (like many other popular frameworks, it’s distributed under the MIT license).

Ruby on Rails is based on the Model-View-Controller (MVC) design pattern. The MVC pattern supports parallel development, which means that multiple developers can work on the same app simultaneously, with each working on a separate piece of functionality.

What are the advantages of using Ruby on Rails for web programming?

1. Ruby on Rails is easy to read, comprehend, and work in because it’s close to a natural language.

2. Ruby on Rails has a rich collection of libraries that facilitate and speed up development.

The philosophy behind Ruby on Rails is often describe by referring to the software design paradigm convention over configuration. This implies that the framework is compose in a way that decreases the number of decisions that a developer has to make while keeping the framework itself flexible and easy to customize.

Ruby on Rails has multiply reusable, easily configurable components that can be used to cut down development time.

Generators in Ruby on Rails allow you to automate basic CRUD functions, while libraries, appropriately called gems, can be used to implement typical features such as authentication or payment integrations. Another powerful tool that Ruby developers can use is the module. Modules provide help you organize Ruby classes, methods, and constants and unites them into groups or units. Writing a module is similar to writing a class, except that a module starts with the module keyword instead of the class keyword.

3. Ruby on Rails has options for test automation.

Ruby on Rails has an option for integrated testing that checks the quality of code as it’s being written. This means that there’s less need for third-party testing tools.

Rails create a test directory for you as soon as you create a Rails project using rails new application_name. By default, every Rails application has three environments: development, test, and production.

4. Ruby on Rails is mature and stable.

Ruby on Rails provides opportunities for code refactoring and lets developers extend their apps by adding new features to existing code. This framework has well-established coding conventions that make it easy for new developers to join projects that have accumulated a lot of legacy code.

Ruby is good for scaling a product.

First of all, Ruby supports caching out of the box. Meaning that you can view fragment caching within your app’s code and also use Redis as a cache-store. You can also use a remote multi-server automation tool such as Capistrano, which automates pushing of new application versions to your deployment location. Rails also let you use the cloud infrastructure framework Chef, which itself is written in Ruby. The chef can help you manage infrastructure dependencies, create folder structures. Bootstrap the entire system or update system configurations with a minimum of commands.

Another thing that makes Ruby on Rails a good choice for a project that needs to scale is the way it works with background jobs. Enqueueing tasks such as email confirmation after new users register in the system is important for smooth user experience. The bigger your product is, the more crucial background jobs become to its functioning.

Overall, it’s noticeable that Ruby on Rails as a web development framework has reached maturity and will likely grow to become even more stable. Which together with its scalability makes it a good fit for enterprise-level applications. The committed community of developers who constantly contribute to its open-source libraries guarantees that Ruby on Rails will remain a top choice for many types of web development in the coming years.