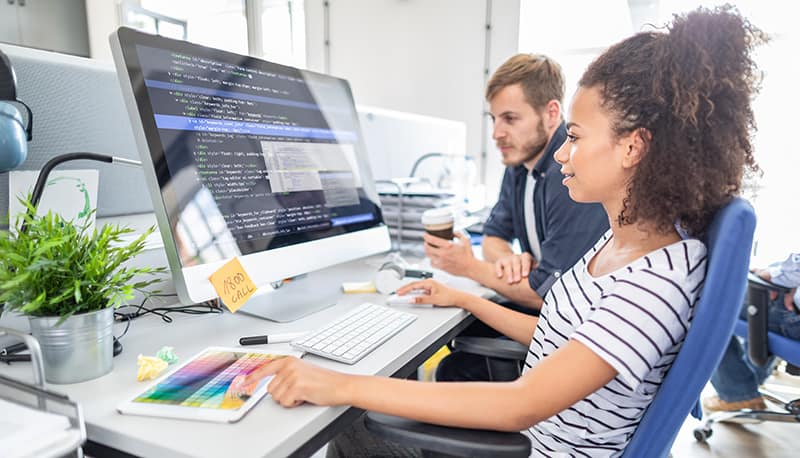 With the rapid development of the era, many companies or businesses use software development company services as IT outsourcing to help develop software and advance the company or business in the era of digital technology so that they can compete in their respective markets.

The following is a list of the best software development companies in Indonesia:

Ice was founded in 2014 which is a global software development company by offering technical consultations according to client requests. This company has become 1 of 25 android certified agents in the world.

Ice House has served hundreds of projects around the world, including flagship work for startup clients and leading companies such as Paramount Pictures, Player.me, Go-Jek (Unicorn #1 in Indonesia), and Bank BCA (the largest bank in Indonesia).

Sagara Technology was founded in November 2014 with the aim of contributing to Indonesia in the technology sector. The software company under the auspices of PT. Sagara Asia Teknologi has main bases in Jakarta and Bandung.

Sagara Technology has contributed as a device service provider and has become a consultant for various well-known companies in the country, ranging from transportation businesses such as Blue Bird, companies in the education sector such as Ruang Guru, Telkom Foundation which includes Telkom University, Telkom Indonesia, and Telkomsel, to working together with government agencies such as the Ministry of Energy and Mineral Resources, the Ministry of Finance, the Ministry of Education and Culture, and most recently the TNI Kodam Jaya.

Apart from being a software developer and IT consultant, Sagara Technology is also successful in conducting digital technology training and producing talents who are ready and have the potential for a career in the world of technology.

This software company based in Yogyakarta and Australia has been trusted by more than 100 companies from various countries and large companies in Indonesia to fulfill their every digital need. High-quality standards have always been the working reference of Art Software.

SoftwareSeni also continues to provide technical & non-technical training on a regular basis to continuously improve the competence & level of professionalism of the team according to current market and technology needs.

Mitrais is a software company that was founded in 1991 in Denpasar, Bali. Currently, the software developer in addition to Bali they have offices in Jakarta, Bandung, and Yogyakarta. Mitrais’ own focus is as a provider of software development services and software product services.